The Clean Energy Story of 2014: There is No Planet B

The biggest clean energy story in 2014 may well be our Story of the Year again come next December: The U.S. Environmental Protection Agency’s Clean Power Plan.

The Clean Power Plan, also known as 111(d), is good news for both the climate and the clean energy sector.

In June 2014, the EPA released its Clean Power Plan proposal, which for the first time would mandate carbon emission cuts from legacy power plants. The new regulations would require U.S. electricity producers to cut emissions from power plants up to 30 percent by 2030 from 2005 levels.  In Arizona, the proposed goal is one of the strictest in the country, with the emission reduction target exceeding 50 percent.

While the Arizona number has many in the state irate, many others believe the Clean Power Plan is long overdue, and as such signals a defining moment for energy production in the US. But regardless of what form the final rules eventually take, carbon emissions will decline in the US. 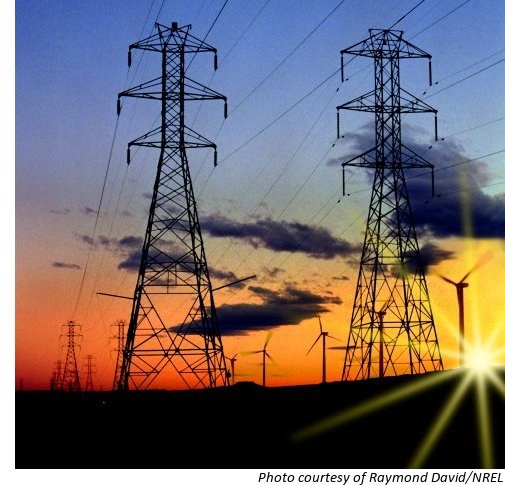 Natural gas and clean energy technologies are leading the path forward in reducing emissions in a very significant and cost-effective way. And as a result, coal-fired power plants’ contribution to our energy mix is declining, and could be phased out completely in the future.

This trend is gathering steam and no amount of political rhetoric will prevent the EPA from releasing its final rule this June -- not even the post-election vow by new U.S. Senate Majority Leader Sen. Mitch McConnell to kill the rule before it can be implemented.

Although the final rule will assuredly be tweaked from the proposal announced last summer, as evidenced by the more than two-million comments submitted during the comment period, don’t mistake these tweaks for anything more than what they are – the EPA trying to get it right the first time.  After all, the EPA's foundational authority to regulate greenhouse gas emissions under the Clean Air Act is rock solid. Dating back to the 5-4 Supreme Court ruling in 2007 that greenhouse gases qualify as an air pollutant, the EPA is undefeated in challenges to its authority to regulate power plant pollution.

In view of this, Arizona officials should reassess their campaign to eliminate incentives and mandates for energy efficiency and renewable energy.  Both are building blocks that will help Arizona reach its carbon emission mandate, regardless of whether our compliance number is 50 percent, or 30 percent.

The bottom line is clear for all to see -- natural gas, renewables and energy efficiency are the answer to how electric power companies can reduce their greenhouse gas emissions.

This summer the EPA will announce its final Clean Power Plan rule, and states will have one year to submit a compliance plan.  The cost of not submitting a plan is a risky strategy for states wanting to challenge the federal government: If a state doesn’t submit a plan, the EPA has the authority to write the state’s plan for them.  Also, delay is an unattractive option unless one wants to risk severe financial penalties for failing to meet reduction mandates.  Thumbing one’s nose at the EPA will prove to be an expensive gamble, both financially and environmentally. Besides, there is ample evidence that the requirements proposed in the Clean Power Plan are not only affordable, but they can actually spur tremendous economic growth.

In the end, wagging a finger in the face of the EPA or causing unnecessary delay to the planning process is not in anybody’s best interest.  Poll after poll going back to 2000 demonstrate strong public support for government action to reduce carbon emissions to fight climate change.  It is a sentiment that is not lost on corporate America: last month, more than 220 major American companies signed a letter supporting the EPA’s plan.

As we close the book on 2014, we look forward to a year where the big story isn’t the attacks on Arizona’s clean energy policies, but rather Arizona’s efforts to strengthen its energy efficiency and renewable energy policies and thereby reduce our CO2 emissions.

What do you consider the biggest solar energy news story in 2014?

An erosion of principled responsibility

Earth Day: Education at its roots