Warning: count(): Parameter must be an array or an object that implements Countable in /usr/home/suntracker/public_html/j4.azsolarcenter.org/components/com_easyblog/views/categories/view.html.php on line 166

Warning: A non-numeric value encountered in /usr/home/suntracker/public_html/j4.azsolarcenter.org/libraries/src/Pagination/Pagination.php on line 140

While blog entries are initiated by the Solar Center, we welcome dialogue around the posted topics. Your expertise and perspective are highly valued -- so if you haven't logged in and contributed, please do so! 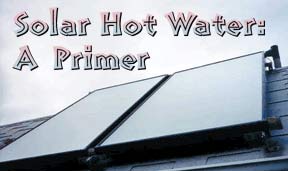 ©2001 This email address is being protected from spambots. You need JavaScript enabled to view it.

All About Solar Cookers 7

All About Solar Cookers 6

The energy problem is far more extreme in less-developed parts of the world than in the United States. In places like eastern Africa, natives have trouble finding sufficient firewood to cook dinner or heat water to kill bacteria. Women sometimes walk 20 to 30 miles to obtain only a two-day supply of cooking fuel.

The simple solar box cooker is helping people to stay healthy in places such as Zimbabwe, Bolivia, Guatemala, Kenya, Haiti, and Pakistan. In Botswana in 1988, for example, solar box cookers were introduced because of a 50 percent malnutrition rate. This devastating health problem was not caused by food shortages but by a lack of fuel.

Two Arizona women created these cookers, Barbara Kerr, a nurse from Taylor, Arizona, and Sherry Cole, a former freelance writer from Tempe. Their solar box cookers reach temperatures as high as 325 degrees Fahrenheit and easily kill cholera bacteria at 150 degrees. The cookers are constructed with two corrugated boxes, one smaller than the other, 100 feet of aluminum foil, a pint of glue, a lot of newspaper, and a sheet of glass.

Kerr, and Cole’s first box cooker was created in the 1970s, and the first sale went to microbiologist Bob Metcalf of California University in Sacramento. Metcalf formed the organization Solar Box Cookers International in 1987 to promote the cookers for health and environmental benefits worldwide. The group’s expeditions have received support from the Pillsbury Co. Meals for Millions Applied Nutrition Project, Foster Parents Plan and Food Industry Crusade Against Hunger.